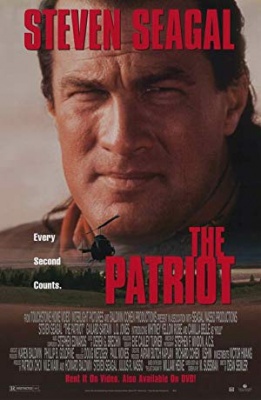 Doctor Wesley McClaren is an immunologist in Ennis, Montana, and he has turned down an offer to join his friend Richard Bach, who lives in Atlanta, Georgia, and is the head of a unit called the Biological Response Team (BRT). Wesley and his daughter Holly live on a farm in Ennis, and a farmhand named Frank lives with them. Just over the hill from the farm, a 52 day standoff against militia leader Floyd Chisolm has ended. Floyd has decided to be his own attorney in court. Everyone is shocked when Floyd spits on Judge Tomkins. After the hearing, Tomkins starts feeling sick. Holly, like she always does, stops at Wesley's office after school so she can go home with Wesley. On their way home, Wesley gets a call on his mobile phone. Wesley rushes to the hospital with Holly and tells her to wait in the doctors' lounge, then Wesley is taken to see Tomkins, who looks awful. Wesley is told that Tomkins collapsed in his chambers at the court building. Wesley sees a cop collapse, while Tomkins has a seizure. Wesley calls Richard and tells him to send the BRT. Army medical units are sent in, and Ennis is sealed off. Wesley tells Frank to stay in town instead of going to the farm, then Wesley tells Holly to stay where she is, because the town is dealing with an outbreak. Richard arrives in town and talks to Wesley, who knows that some kind of toxin has been released. Wesley asks Richard about an anti-toxin, then they go to Tomkins's room, where Tomkins has died. Richard tells Wesley that the toxin is a warfare product called NAM37, which is ten times more potent than anthrax. Richard also tells Wesley that a technician working for NAM37's developers stole a big sample of the NAM37 and was detained by security in Billings, Montana, one day after the NAM37 was sold to Floyd, but the technician killed himself before anyone could ask him any questions. After buying the NAM37, Floyd infected himself and started the outbreak by spitting on Tomkins. So far, 94 people have been infected,