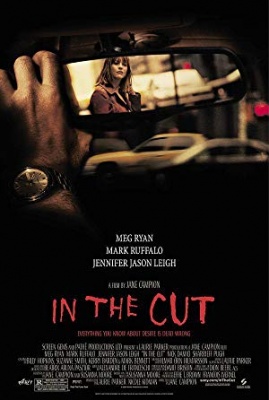 Frannie Avery is a New York City inner city high school English teacher, whose passion is collecting words and phrases that interest her, either because of their meaning and/or just because of the way they sound. The way that she and her paternal half sister Pauline Avery, her closest confidante, deal with men and sex has largely been affected by their father, who is working on marrying wife number five. Frannie thinks about sex more than she has it. Her lack of a sex life is further exacerbated by being the object of obsession of James Graham, a man with who she had a few casual dates and two sexual encounters, which has made her even more cautious. This complete experience is why she has a somewhat inappropriate, albeit non-sexual relationship with Cornelius Webb, one of her students. She eventually embarks on a sexual relationship with NYPD Homicide Detective Giovanni Malloy, who, along with his partner Detective Ritchie Rodriguez, are investigating the murder of a young woman, part of whose disarticulated body was found in the garden outside of Frannie's apartment. Malloy believes this murder is the work of a serial killer, as another similar murder took place a year ago. Frannie was largely taken by Malloy, despite his crude come-on, because of something she had witnessed at a bar a few days prior. Beyond the murder investigation, she continues her association with Malloy despite she catching him in a lie which may have dangerous implications. As they progress in their sexual relationship, she discovers more and more evidence pointing to him being the serial killer. She has to reconcile the feelings she has for him against she possibly being the next victim if he is indeed the killer.