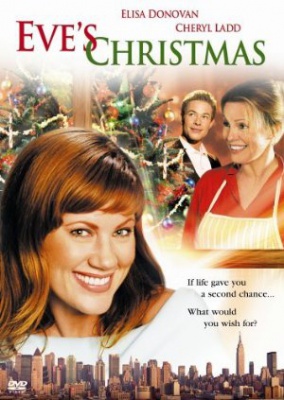 It's Christmas Eve, 2004. Eve Simon is a wealthy and successful advertising executive with Bernstein & Barlow on Madison Avenue, but her personal life is less than satisfying. Beyond her assistant Mandy who has been her best friend since grammar school, her married boss and lover, Neil Barlow, is the only other significant person in her personal life. She has not been home to Eastborough, Oregon since she left eight years ago, and rarely speaks to her loving and supportive family there. When Neil tells Eve that he will be spending Christmas with his wife and kids instead of her as was originally planned leaving her alone for Christmas, Eve reflects on her life, most specifically the decision she made eight years ago not to marry her then fiancé and love, Scott Gustafson, who she has not seen or heard of since, but rather accept the internship with Bernstein & Barlow that began the day after Christmas. Christmas was to be the day of her wedding. That decision not to get married was in part because she, despite loving Scott, knew that he would always feel obligated to take over the failing family business, a bookstore, in Eastborough rather than follow her to New York. Making a wish on a Christmas star before she goes to sleep, Eve awakens the next morning transported back in time and place with all the knowledge of her present life to December 19, 1996 in Eastborough, still living at home and preparing for her wedding to Scott. Her sarcastic guardian angel, Brother James, arranged this miracle for her, and is urging her to make what he considers the right decision to marry Scott this second time around. But Eve may fall into the same traps she did the first time around, despite knowing that Neil hired her more for the photograph attached to her resume than for anything else included within it. Regardless of what does happen this second time around, there is no guarantee that it will change her life in 2004.