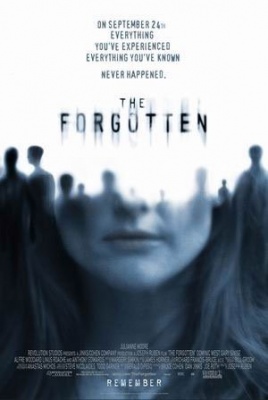 In New York City, Telly Paretta has been under the psychiatric care of Dr. Jack Munce for fourteen months, the therapy to help her deal with the grief associated with losing her nine year old son, Sam Paretta, one of six children in a plane that went missing, the plane and the bodies never recovered. In the words of Telly's husband, Jim Paretta, Telly has been holding onto the past like a "death grip", which has hindered her therapy. Telly does not appreciate that characterization as it makes it sound like Dr. Munce and Jim want her to forget Sam. Slowly, incidents make it seem like Telly is losing that grip on the past, until one day all physical evidence of Sam disappears, personal as well as public, such as all media stories of the plane disappearance. Subsequently, Jim and Dr. Munce try to explain to her that her therapy is to help her get over the delusion that she and Jim have/had a son. As Telly alone goes on a search for any evidence of the existence of Sam, the only person she is eventually able to convince is Ash Correll, an ex-New York Ranger whose daughter Lauren allegedly was also one of the missing children. Ash, who started to drink heavily fourteen months ago, initially believed Telly to be crazy until he slowly recalls that he did indeed have a daughter named Lauren who disappeared in that plane, which led to his drinking. Telly and Ash need to go on the run as they are being pursued by the National Security Agency (NSA) on the matter, they're unsure of the NSA's involvement in their children's disappearance. One other person they are able to convince of there ever having been a Sam and Lauren is NYPD Detective Ann Pope. Pope believes that two people having the same delusion is too coincidental, and the NSA being involved is too suspicious for it not to be some grand plot. Pope has to figure who she can or cannot trust in the matter in uncovering the truth. As Telly and Ash continue their search for evidence while eluding the NSA, they believe that