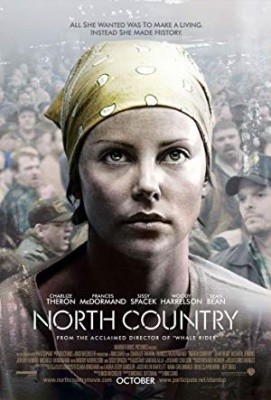 1989. Josey Aimes takes her two kids, Sammy and Karen, and leaves her abusive husband Wayne, to return to her northern Minnesota home town. On a chance meeting with her old friend Glory Dodge who works as a driver and union rep at the mine operated by Pearson Taconite and Steel, Josey decides to work at the mine as well, work that is dominated by men in number and in tone. She does so to be able to stand on her own two feet for the first time in her life, something she probably could not have done if she remained in a job washing hair at a beauty salon. Working at the mine does not sit well with her father, Hank Aimes, who also works at the mine and who, like the other male workers, believes she is taking a job away from a man. Hank has believed that all Josey's problems are of her own doing, ever since she, unmarried, had Sammy while she was still in high school. Josey has always stated that she does not know who Sammy's biological father is, which fosters Hank's attitude about her. Among Josey's coworkers is Bobby Sharp, who many believe is Sammy's biological father. Josey's evangelical mother, Alice Aimes, stands by her husband in their general belief of traditional roles of men and women. Josey and her fellow female mine workers are continually harassed, emotionally, physically and sexually by their male counterparts. Every seeming step forward in the issue Josey finds is only a measure to lull the women into a false sense of security, or to make the fall even harder. Unable to withstand the abuse, Josey decides to sue the company for sexual harassment. She does so with the help of Glory and her husband Kyle's friend, Bill White, an ex-New York lawyer who is facing his own emotional demons. They being able to get any corroboration is difficult as all Josey's male coworkers are standing together, and all the women fear retribution by the company and/or their male coworkers after the fact. Even Glory is facing her own issues which prevent her from being that stron