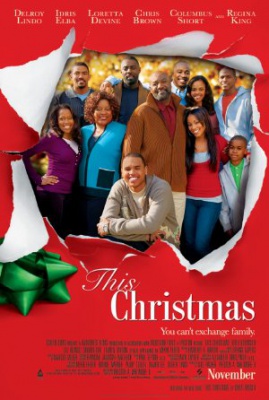 In Los Angeles, Shirley Ann Whitfield, affectionately called Ma'Dere, is the matriarch of the Whitfield family, she with six children: San Francisco residing wife and mother Lisa who feels the need to act as the responsible one in managing her extended family's welfare, as such sacrificing her own wants in the process; traveling jazz musician Quentin Jr. who the family has not seen in four years; Claude the marine; New York ad exec Kelli who admits she is the selfish one; college student Mel; and Michael (called Baby) who still lives at home while figuring out what he wants to do with his life. Ma'Dere has lived in the family home for a few years now with Joe Black, a church deacon, with Ma'Dere's husband/the children's father, Quentin Whitfield Sr., long having left the family to pursue a life as a jazz musician. Because of the pain associated for Ma'Dere, Sr.'s piano sits in the garage untouched. Quentin, being a chip off the old paternal block, is the most disconnected from the family. Ma'Dere and Joe's living situation is the worst kept secret which the children do not talk about. The one who doesn't know about Joe living with Ma'Dere is Quentin, who still sees him as the obstacle to Sr. one day coming home. Ma'Dere owns and operates a dry cleaning business, in which each of the children owns a share, the business which makes little profit and is barely enough for Ma'Dere to continue living in the family home. As such, Lisa, on the urging of her husband Malcolm, wants to sell the business, of which she has to convince her siblings. Some with partners and family accompanying, the children, as usual, converge on the family home for Christmas, this year even including the previously unannounced surprise of Quentin. Each person is dealing with an issue in his/her life - some known by the family, some not - which affects the family dynamic and associated how this Christmas will turn out for them as a collective family.