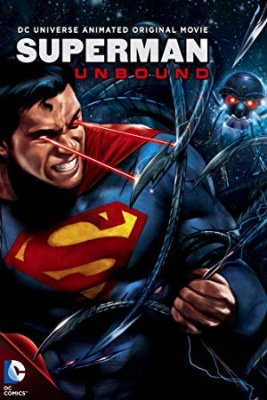 Offering herself as a hostage, Lois Lane is caught in an aerial confrontation between her terrorist captors and the unpredictable Supergirl before Superman arrives to save the day. Soon after, knowing Superman's civilian identity, Lois attempts to get Clark Kent to make their relationship public despite his fear of the consequences, but their argument is halted by a Daily Planet staff meeting before Kent leaves when they are being alerted to a meteor. Intercepting it, Superman learns the meteor to be a robot and that he promptly defeats before activating its beacon and taking it to the Fortress of Solitude. With help from a fear-filled Supergirl, Superman learns the robot is actually a drone controlled by a being named Brainiac, a cyborg who was originally a Coluan scientist who subjected himself to extensive cybernetic and genetic enhancements. As Supergirl reveals from her experience with the monster, Brainiac seized and miniaturized Krypton's capital city of Kandor prior to the planet's destruction with her father and mother attempting to track him down before they mysteriously lost contact with Krypton. Fearing more drones would come, Superman goes flying all through the galaxy in an attempt to track down Brainiac before finding his drones attacking a planet. Though he attempted to stop them, Superman witnesses Brainiac capture the planet's capital like he did with Kandor before firing a Solar Aggressor missile to have the planet be consumed by the exploding sun. The explosion knocks Superman unconscious and he is brought upon Brainiac's ship, coming to in the examination room and fighting his way through the vessel before he discovers a room full of bottled cities prior to being attacked by Brainiac. At this point, confirming that he spared Krypton because of its eventual destruction, Brainiac reveals that he has been collecting information of all the planets he visited before destroying them. Using Superman's spacecraft, Brainiac decides to chart a course to E