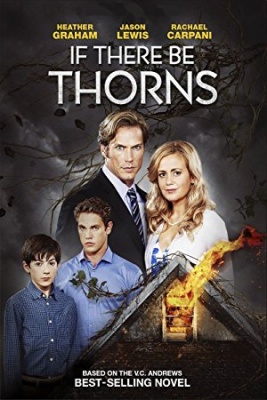 It's the 1980s. Brother and sister Christopher Jr. and Cathy Dollanganger, a surgeon and ballet teacher respectively, are the product of an incestuous but loving relationship between their married parents, who were half-uncle to niece. Chris and Cathy are now married to each other, and live under the last name Sheffield, the surname of who ended up being their adoptive father. They managed to escape from their mother, born Corrine Foxworth, who once tried to kill them so that she could inherit her estranged father's vast estate. Corrine, who ultimately did inherit all the money, was eventually institutionalized following a mental breakdown. Cathy has two children, teenager Jory, whose biological father is now deceased ballet dancer Julian Marquet, and preteen Bart, whose biological father is now deceased Bart Winslow, Corrine's second husband. While Jory knows about Julian, Bart knows nothing about Bart Sr.; neither knows about Chris and Cathy's sibling relationship. Chris treats both boys as his own, and visa versa. These secrets abound in the Sheffield home, despite Chris having a policy of no secrets. Despite the possibility of being found out, Chris and Cathy decide to adopt an adolescent girl, Cindy, one of Cathy's ballet students whose mother has just died following an illness. The Sheffield house of cards could come tumbling down around them when, not by accident, Corrine, now out of the hospital and with her inherited wealth, moves in next door, she who wants to revive her relationship with the only family she has. She uses Bart as her pawn, he the insecure one in the family. But it's the actions of a bystander who wants to continue with the fire and brimstone beliefs of Corrine's now deceased mother, the religiously fanatical Olivia Foxworth, that may not only bring the house of cards down but kill many under its weight with Bart's help.