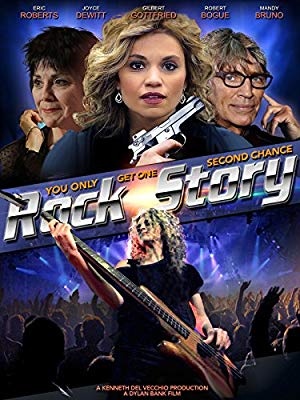 Other than his rugged good looks, amazing songwriting and penchant for smashing guitars, Mario Cash isn't the typical rocker. Nor is Danielle Kelly, aside from her massive, national late teens pop music successes. Both are criminal defense attorneys. More so, Danielle, a late 20s girl-next-door beauty, works for Cash (who has no knowledge of her rock n' roll past)-and she's paralyzed from the waist down. The Cash-Money Boys, a regional band of seven with a cult following, were originated by Cash and lead singer, Andre Money. The group, talented to the core, have been a "near miss" through peculiar circumstances, which have always left Cash unfulfilled. Things change after he listens to a series of anonymous - incredible - vocals that are sent to him. Cash learns that the gifted singer is his handicapped associate, Danielle Kelly. However, he is still unaware of her true identity, a secret that is kept only between Danielle and her former manager, Judge Carol Ann Connelly. What ensues is a rock n' roller coaster mystery, unraveling the criminal cause of Danielle's paralysis, and unleashing the rise of The Cash-Money Boys to national fame. A story of love, Cash eliminates band members who oppose Danielle's joining of the group because of her handicap, and he fights in and out of the courtroom to bring justice to a tragedy that he thought happened to a pre-law college student named Danielle Kelly. Via her belief in Cash as a musician - and a man - Danielle risks exposing her shadowy past in an effort to rocket him to the stardom he had always deserved. But those risks, to both Cash and Danielle, may be too great.