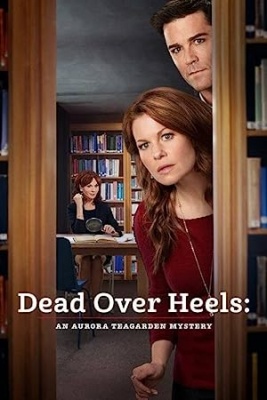 In Lawrenceton, librarian Aurora Teagarden - Ro to her friends - and her best friend, newspaper reporter Sally Allison, are in Ro's yard one winter day when a body flies out of a single engine airplane and lands dead on the ground, only feet from them. The victim is Lawrenceton Chief of Police, Frederick Burns, who Ro saw only yesterday, when he asked of the whereabouts of Ro's boyfriend, business executive and ex-CIA Martin Bartell, to who he wanted to speak about some undisclosed issue which Captain Burns warned Ro, a real murders buff who has often insinuated herself in murder cases in town, to stay out of. Captain Burns is survived by his wife, Bess Burns, the sister of Ro's officious boss, Lillian Tibbett. Detective Lynn Smith, the senior detective on the police force, is leading the murder investigation and is Acting Police Chief, the latter appointment, protocol, which is to the consternation of Detective Pete Lambert, who feels he is senior detective, he only having recently returned to Lawrenceton after a stint working in Seattle. Despite Lynn not appointing him to the case, Lambert is determined to solve the murder to make a name for himself in the eyes of Mayor Sternholz, who will be appointing the next Chief. Lambert seems a little too eager to pin the murder on Martin. Against Ro's wants, the murder also becomes the topic of the day among her real murders discussion club, as many citizens are concerned that the murder of their police chief could lead to pandemonium in town and a risk to their own safety. Regardless, Ro can't help but try to figure out the murder herself, which would help if she can find out about what Captain Burns wanted to speak to Martin. Another person factoring into the unofficial investigation is Tim Prentiss, Martin's former CIA colleague new to town, he with who Ro would like to see a future with Sally.