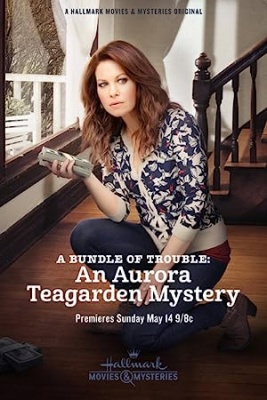 Aurora "Ro" Teagarden, a Lawrenceton, Washington librarian, belongs to a real murder discussion club, its members including her best friend reporter Sally Allison, Ro's mother Aida Teagarden's boyfriend John Queensland, the town's mayor Terry Sternholz, and ex-juvvie Perry Dell. Ro and her boyfriend, ex-CIA agent Martin Bartell, receive a surprise visit from his long lost niece Regina Walker and her newborn Hayden. Martin didn't know she was married let alone a mother. Regina further mentions that she and her husband Craig Walker have been living in nearby Corinth, Washington for four months. Needing to head out to John's birthday party at Aida's house leaving Regina and Hayden alone at Ro's, Ro and Martin arrive home to find Regina and her car gone, Regina's bag still there, and a dead man on Ro's front porch, he who eventually is identified as Craig Walker. This murder case is the first as lead for Detective Arthur Smith, and the first for him working under his wife, Captain Lynn Smith. During or subsequent to Arthur and Lynn's initial visit to Ro's house to investigate, two additional people are discovered safe and alive in the house: baby Hayden, hidden in the bathroom bathtub; and Rory Brown, an apparent friend of Regina and Craig's who was hiding. What information Rory is willing to divulge is that he and Craig have a rap sheet of minor crimes, the latest, for which they were just released from a two-day stint in jail, being check fraud. Martin and Ro, often with the assistance of her murder club friends, decide to investigate on their own in their primary goal to find a still alive Regina, often not informing Arthur and Lynn of what they are doing. In the process, Ro wonders if the baby truly is Regina's. Two other issues arise during the investigation: whether Arthur and Lynn can maintain a happy marriage and professional relationship in their current positions; and if Ro and Martin, if they ever do decide to get married, are ready to be parents.