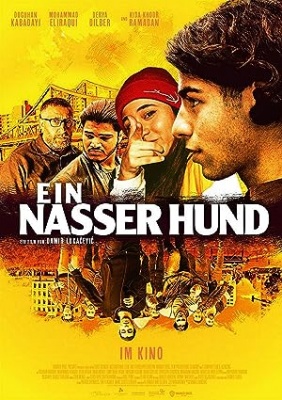 The 16-year-old Iranian Soheil moves with his parents from the tranquil, middle-class German town of Göttingen to Berlin-Wedding. He quickly makes friends with the young people in Husseyn's gang. Turks, Arabs, Kurds - in Wedding everyone is family, Soheil is welcomed by Husseyn. What his new friends don't know: Soheil is Jewish. When he wears his Star of David necklace in the supermarket, he is insulted by two Arab teenager and chased away. From now on, Soheil keeps hiding his Jewish identity. Soheil learns quickly. He adapts his language to the street slang, moves around the streets with the gang and becomes a sprayer. His tags are cool, "King Star" is his pseudonym. He desperately wants to belong. He is the first to get into a fight with a Kreuzberg gang and starts dealing drugs. To the horror of his lovingly concerned parents, Soheil turns into a petty criminal who is brought home by the police more and more often. His status in the gang grows and everyone refers to him as their brother. Soheil falls in love with his Turkish schoolmate Selma and experiences first love with her. Husseyn becomes his best friend. To avoid attracting attention, he even accompanies Husseyn to the mosque. But one day Selma picks up a dress at his parents' tailor shop and meets his Jewish relatives from Tel Aviv. Soheil decides not to deny himself any further and openly comes out as a Jew in his clique. Now he is caught in the crossfire and his former friends are hostile to him. Selma and Husseyn don't know how to deal with the escalating situation.