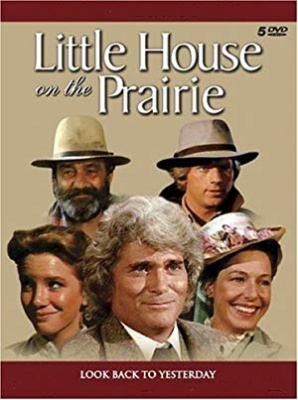 After production ended on the long-running "Little House on the Prairie" series, three made-for-TV movies helped wrap up the series. The first of these, "Look Back to Yesterday," depicts Albert's heroic battle with an ultimately fatal illness. Albert interviews at the University of Minnesota, where he plans to study medicine. Albert (unbeknownst to anyone else) suffers from unexplained nosebleeds and is always tired. His family later finds out about the nosebleeds, and a physician from Mankato informs Charles the symptoms point to a deadly form of leukemia, and that Albert has a short time to live. Albert adamantly states his wishes to live out what may be his final days in Walnut Grove; he falls in love with childhood friend Michelle Pierson (who also plans to attend the University of Minnesota to study education) and spends many of his hours with his beloved sister, Laura. Laura, however, is in denial that her brother will soon die, and wants her equally-beloved brother to rest. Albert gives an emotional speech about living each day to the fullest to his one-time classmates, who are organizing their annual trip to the Keepsake tree (which sits atop a steep incline and contains items donated by the alumnus of Walnut Grove School). Meanwhile, Walnut Grove has fallen on hard times because of a dispute between the farmers, who want to sell their crops, and the railroad. Charles helps organize an effort where the farmers work as sharecroppers, to help put an end to the dispute. The farmers are initially against the idea (only John Carter, Dr. Baker, Mr. Edwards and Nels Olesen are for Charles' idea at first), until Albert passionately tells of how he always admired the spirit of cooperation of Walnut Grove's farmers. Meanwhile, Jason Carter has a case of puppy love, and announces his intention to sneak a kiss from fellow classmate Amy Bryant.