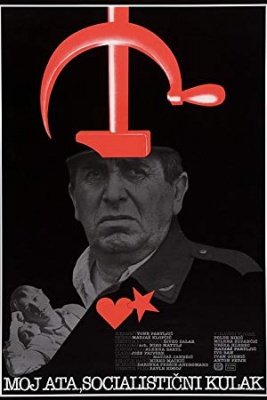 Year 1945. The second World War is over and the soldiers from the sisbanded army are returning home. Yet there is still no sign of Joze Malek. His wife Mimika and their children Tincek and olga know only that he had deserted the German army and gone over to the Soviet Red Army. Mimika works a a hired hand for the farmer, Medved, who givesher bread and milk for her child instead of regular wages. This is not at all to the liking of her relative Vanc. One fine day, father Malek comes home and the family is happilly reunited. Vanc tells Jozeabout the agrarian reform, through which the Maleks even get their own plot of land. In exchange of this, they have to remove all the religious symbols from their home. They stop going to the church, and must shout Tito's and Stalin's praises every day. Joze Malek changes completely. He tills his plot of kand as though obsessed, becomes greedy and begins to emulate the big landowners, calling himself a socialist kulak. Yet suddenly, the fact that Malek was a solider in Red Army is no longer acceptedable. He is suspected of being a collaborator with the Soviet Informbureau. Joze manages to clear his name at the hearing by acting stupid, but he shifts the blame to his relative Vanc, saying that he was only doing what he hadtold him to, and Vanc is arrested. Malek's land rights are taken away from him, as agricultural co-operatives will be established.