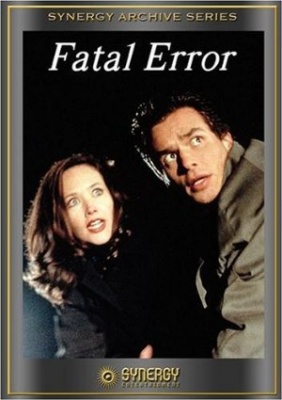 The seven American lawyers hired by Australian media magnate Jack Doulan, whose company rivals Albert Teal's Digicron for preponderance on the world market of telecommunications, are suddenly struck during a video conference in Seattle by an incredibly fast-working virus which wipes out everyone on their floor. Dr. Nick Baldwin, a brilliant virologist who works as an 'insubordinate' ambulance technician after being fired for failing to observe procedure, is first on the site and points out to US Army disease specialist Dr. Samantha Carter, who told him there were deaths in several other cases but never a trace of the virus, his ambulance has taken a survivor to his hospital; her therapeutic incompetence gets the patient killed, him assigned as temporary consultant to her army research unit- even there computer model operator Darren is killed by the virus, which also strikes at other sites in and around Seattle, notably at places where Digicron's 500 TV channels setup box is being tested. Nick realizes the survivors had eye diseases, so the otherwise non-contagious, short-living virus probably enters via the eyes; the common link seem to be TV screens, and as soon turns out Digicron black boxes. Their next theory is that a computer virus may have evolved into a deadly organic virus. Samantha and Nick must then prevent Digicron's box being sold to the general public in vast numbers, according to the company's Barnum-marketing starting in only two days, but CEO Teal refuses to believe them. Behind his back they find out his most recently promoted VP, Ned Henderson, is the brilliant programmer who must know about the computer virus, but Doulan is also after him to beat Teal at his own game, and Henderson has a deep-rooted frustration inspiring his own agenda...