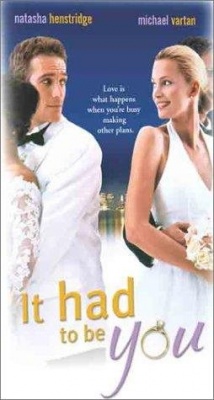 Charlie Hudson, a retired crisis negotiator for the NYPD, is engaged to Claire Parker, a beautiful and successful business woman. Claire has planned a weekend in New York registering at Bergdorf Goodman, staying at The Plaza Hotel, etc., laying the foreground for the ensuing wedding. Due to an unexpected business opportunity, Claire is called away. Anna Penn, a school teacher, is scheduled to register for her wedding with fiancée' David Allen, an advertising executive, who is unable to partake in the weekend. Consequently, Charlie and Anna end up spending the next three days planning their respective weddings together. Over the course of the weekend they consult with an embittered cast of wedding advisers who, while helping them plan, simultaneously deconstruct the institution of marriage as a whole. Henry Taylor, Charlie's old partner and best friend, drowns himself in his police work and embraces an addiction with alcohol to escape his personal loneliness. Tracey Meltempi, Anna's best friend, is a sexy, vibrant hair dresser, who is weary of Anna's decision to resign from her high expectations of finding "crazy love," and settle with David. By the end of the weekend, what started out as a weekend of shopping becomes a weekend of self discovery that will change each other's life forever. Neither Anna nor Charlie can go on with their lives as they had planned. As a result, fate brings them back to each other. Four injured souls cross paths in their search for truth and in the process heal one another.