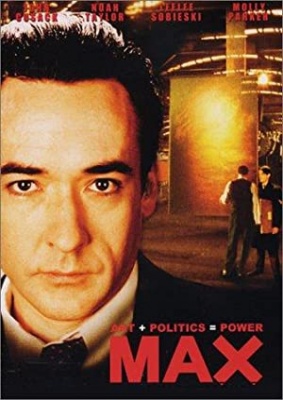 Munich, 1918. German-Jew Max Rothman has returned to much of his pre-war life which includes to his wife Nina and their two children, to his mistress Liselore von Peltz, and to his work as an art dealer. He has however not returned to being an aspiring painter as he lost his dominant right arm during the war. He is approached by an aspiring painter, a thirty-year old Austrian war veteran named Adolf Hitler, who wants him to show his works. Although he doesn't think the paintings are all that original and he doesn't really like Hitler as a person, Rothman takes Hitler under his wings if only because of their camaraderie of being war veterans, and knowing that Hitler had nothing and no one to come back to after the war unlike himself. Rothman believes that Hitler has promise if only he can find his original artistic point of view. In part out of need for money, Hitler, on the urging of Captain Karl Mayr, agrees to work for the army as a political spokesman in anti-Semitic propaganda. Slowly, Hitler's view becomes a holistic one of a new world, where he begins to meld his art and politics. Rothman becomes excited about Hitler's artistic viewpoint, despite its anti-Semitic bent. The question becomes if the sentiments behind the view will take over its artistic merit.