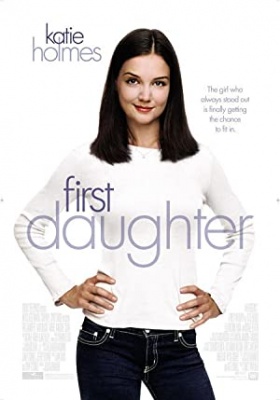 Samantha Mackenzie loves and supports her parents, US President John Mackenzie and First Lady Melanie Mackenzie, and enjoys the privileges that she has received being the only daughter of the President, but sometimes she wants to be what she considers "normal" which means not having her life scrutinized by the world 24/7. She made the decision to go away to college in California at Redmond University in large part to get away from life at the White House and hopefully assert some independence, this first stint at college coinciding with President Mackenzie's reelection bid for a second term in the White House. As such, he knows that his opponents will exploit whatever they can, including placing even more scrutiny on the family, and having even more threats than usual against them meaning his want for more security. So Sam's college experience is less than normal, being followed by a very visible team of Secret Service agents, who are trained to notice the smallest things that may be of threat to her. This highly visible team makes it difficult for Sam to make friends, with her eventual dorm roommate, Mia Thompson, an initially reluctant one. As Sam negotiates with her parents for more freedom than she is allowed, she gets a mostly cooperative accomplice in Mia in exerting that freedom regardless of her parents. Sam ends up finding another simpatico classmate in the form of James Lansome, who she eventually learns is also her resident advisor. In James helping her find those moments of independence, she falls for him and he with her. James, however, is keeping his own secrets which may further negatively affect Sam's view of her life, of her college experience and of James himself if she were to discover those secrets, which is more and more likely the closer the election date.