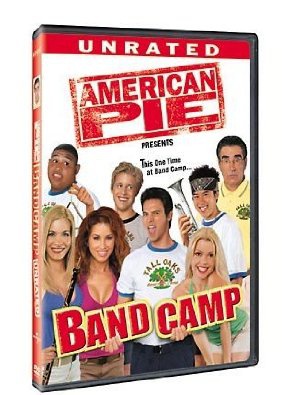 Matt Stifler, the younger brother of the legendary Steve Stifler, who made it big as Hollywood porn-producer and shamelessly ignores the idolizing kid brother, may claim the title of Stifmeister as his heritage, but even for his horniest mates he's little more then a bad joke. When Matt alone gets caught red-handed for a prank with the school band's instruments, present high school counselor Sherman 'Sherminator' finds great pleasure in taking revenge on him for the misbehavior Steve excelled even worse in, so instead of expelling the little prick, he condemns him to take part in band camp at Great Oaks, where Jim Levenstein's still understanding dad is filling in for the feared problem counselor. As there are plenty of girls in the competing bands, Matt hopes to turn his (mis)fortune around by smuggling in camera equipment including a robot to shoot saucy, clandestine material for his counterpart to Steve's hit video "Girls Gone Wild", an at least as 'revealing' Bandies Gone Wild. Matt's nerdy, yet also horny roomie Ernie was originally confined to the closet, but is promoted to assistant-producer when he proves himself an invaluable technician. Things get complicated as Matt becomes romantically involved with Elyse, his own school band's director, whose ambition is to beat haughty five-fold winner Brandon Vandecamp -son of a famous, rich father- as band music composer and thus win a good shot at a scholarship for an exclusive music school. For her sake Matt turns musician (on the trivial triangle by her decree, bagpipes in surprising scenes) and proves his leadership skills, but courting a 'decent' girl just doesn't square with voyeurism...