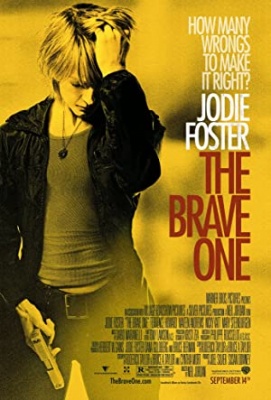 David Kirmani,a medical professional, lives in an apartment with his sweetheart, Erica Bain, a radio host, and his dog. They usually take the dog out for a stroll in nearby Central Park and let him run and fetch. One day while at the park they let the dog run without a leash, and when he does not return or respond to their calls, they frantically search for him. They eventually find him being held by three men who want a reward. When David refuses, they start to molest Erica and David intervenes. Two of the men assault the couple, while the third uses a camcorder to film this incident. Erica is knocked unconscious, and regains her senses several days later in a hospital. She is told the shocking news that David was killed and the dog is missing. A traumatized Erica returns home to try and regain her life. She also visits the police station but does not get much help. Fearful of a repeat of this type of incident, she gets an unlicensed gun and carries it with her all the time. One day she witnesses some youths terrorizing subway passengers, forcing them to get off at the next station. When they approach her, she shoots them dead. She uses her gun several more times, always gunning down people committing violent crimes. One day she is summoned to the police station to identify a man who may have been responsible for David's death and the assault on herself. She does recognize him, but refuses to identify him. Subsequently she finds out his whereabouts and plans to avenge her lover's death, not realizing that Detective Mercer has her as a suspect in the recent killings and is set to apprehend her. The question remains: will Erica be able to avenge David's death and her attack before being arrested herself?