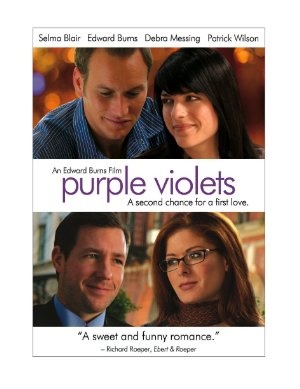 In New York City, thirty-three year old Patti Petalson is unhappy with her life. Her passion is literature, she having published one book of short stories ten years ago, but not having written anything since. Instead to earn a living, she sells real estate, a job and for a boss she hates. And although unspoken, she hates her husband, self-absorbed restaurateur Chazz Coleman, who doesn't listen to her and does whatever he wants regardless of her. While out for dinner, Patti and her BFF, schoolteacher Kate Scott, run into Brian Callahan and Michael Murphy, who were once Patti and Kate's respective boyfriends, the four who used to do everything together while they were in college, with both relationships ending twelve years ago as they were graduating. Kate has never forgiven self-described lowbrow Murph, now a successful lawyer despite his lack of academic smarts, for what she believed was a sexual indiscretion, while Murph outwardly just wants the opportunity to apologize. However, there is an unspoken attraction still between Patti and Brian. Brian is also somewhat unhappy with his current life. He is a successful writer of a series of what he considers "pulp fiction" detective novels, but has just written his first serious novel - one he doesn't admit to anyone is semi-autobiographical in that its lead character is a man trying to rise to greatness out of mediocrity - which is being panned by the critics, with his fans refusing to read it. He is dating twenty-five year old record company executive Bernadette, the two of them who live in separate generations and as such don't really understand each other. As Patti, Brian, Kate and Murph reconnect, the questions become whether there is a second life for them as couples, and specifically for Patti and Brian if their reconnection can elevate them into being the writers they truly want to be.