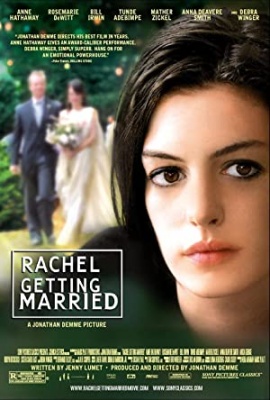 Kym Buchman has been in drug rehab for nine months, during which time she has been clean. She is released temporarily from the facility to attend her sister Rachel Buchman's wedding. During her release, Kym is staying at the family home, where the wedding is taking place. As such, it is like Grand Central Station for the duration of Kym's stay, which may not be the most conducive situation for her in constantly being exposed to the watching eyes of those who know and don't yet know her, but know of her situation. The reunion with her family members starts off well enough, but issues around Kym's release from rehab quickly surface. Kym and Rachel's father, Paul Buchman, wants to make sure that Kym is all right at all times, which to Kym feels instead like he doesn't trust her. Rachel slowly begins to resent Kym's situation taking over what is supposed to be the happiest day of her life, some of which is directed by Kym, some of which isn't. One person present but largely not included in the last minute wedding planning work is Kym and Rachel's mother, Abby, from who Paul is divorced. The two have since married other people. Outwardly, Abby has been nurturing of Kym throughout her life. However, what is one of the key moments in Kym's drug induced life, and in their collective family's lives, may profoundly affect the wedding. Beyond how Kym's presence affects the wedding, the goings-on of the family during Kym's short stay may either bring them closer together or tear them apart.