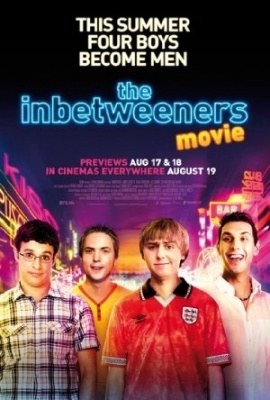 Best friends Will McKenzie, Simon Cooper, Jay Cartwright and Neil Sutherland - who are not among the social outcasts, but also not cool enough to hang out with the cool kids who they aspire to be - have just graduated from their suburban London high school. Simon has finally been able to get Carli D'Amato, who he has been in love with since they were children, to be his girlfriend. Largely because they will be going away to different schools in the fall, Carli breaks up with him. To get Simon's singularly focused mind off Carli, his three best mates decide to take him on vacation for two weeks to get some sun, sand and girls before they move onto the next chapter of their lives in the fall. Neil makes the decision for them to go to Malia on the isle of Crete, a popular summer tourist destination for many a Brit. Jay, with inheritance money in hand, believes he can have the pick of any girl he wants. Neil has to decide what constitutes not cheating on his girlfriend, Nicole. Will wants to add a bit of culture into the vacation. And Simon still pines for Carli, getting her off his mind being more difficult when he learns why Neil chose Malia. What starts off as a disastrous vacation has the potential to pick up when they meet fellow Brits Alison, Lucy, Jane and Lisa, who pair up with Will, Simon, Jay and Neil respectively, and with who they hang, out of circumstance, for much of their time in Malia. Will the virgin, who generally makes Alison laugh, has no chance with her as she is far out of his league, and as she is already in a serious relationship with a Greek waiter named Nicos. Jay is ashamed to be seen with self-assured Jane, because she is overweight. Neil treats Lisa like any other female with who he wants to have non-cheating "sex". And Simon may not see that Lucy really does like him despite his singular focus on Carli. All these issues are placed against the backdrop of the guys trying to get tickets for the all-day boat cruise, seen as the party of the se