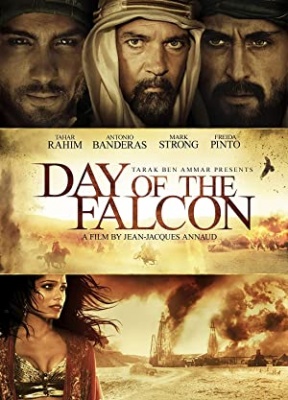 In the beginning of the Twentieth Century, in Arabia, Emir Nesib of Hobeika defeats Sultan Amar of Salma after years of war between their tribes and they make a peace treaty creating "The Yellow Belt", a large no man's land that would separate their lands and would not belong to neither of them. Further, Nesib demands the sons of Amar, Saleh and Auda, to be raised together with his children Tarik and Leyla by him in Hobeika as a guarantee of their agreement. Fifteen years later, representatives of the Texas Oil find oil in the Yellow Belt and the modern and liberal Emir Nesib sees the opportunity to improve and modernize the life of his tribe, building hospitals and schools, and the American Company begins the exploitation of the oil field, violating the peace pact. Nasib sends a representative to make an agreement with the fundamentalist Sultan Amar, but he does not accept the offer. Saleh decides to travel to Salma to talk to his father and kills his two companions, but he is captured and murdered by Tarik. Prince Auda and Princess Leyla are in love with each other since they were children and they get married with the full permission of Nesib. Auda travels to Salma expecting to convince his father to associate to Nesib, but the conservative Amar does not accept the proposal and decides to fight against Nesib. Now, Prince Auda shall decide in which side he will pick and fight.