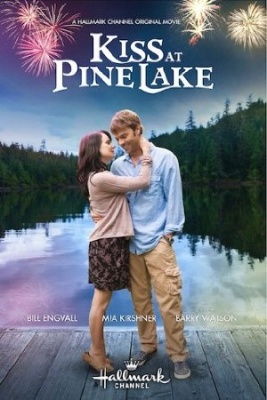 Thirty year old Seattle-based Luke Garvey is a philanthropist of community and social causes, his efforts largely as the anonymous President and CEO of Zeppo Enterprises, which is managed by his best friend since childhood, Tommy Atkins. Luke's latest investment is Camp Pine Lake in northern Oregon, which he bought from his Uncle Charlie despite knowing the camp is in a state of disrepair. Luke attended the summer camp for most of his growing up life. He wants to retain the camp as is - generally a throwback earlier eras - as an homage to his childhood and a place to where kids that are like he was can make their own future memories. But he finds out from Tommy that he doesn't really have the money in liquid assets to make the necessary extensive repairs to keep the camp open. At the camp, Luke is reunited with Zoe McDowell, who attended the camp at the same time as him from ages eight to fifteen - fifteen years ago - that last year when the two started to fall for each other. Despite vowing to keep in touch, they ended up losing touch on Zoe's initiative, Luke not knowing the reason why. Many of Luke's fond memories of camp are because of Zoe. Luke believes Zoe is there representing investors who want to help keep it as a camp. However, she really represents cutthroat development firm Shoreman Leonard, who want to buy the property for a song to turn it into a high end resort. Regardless of what happens between Luke and Zoe, Luke may end of losing the camp anyway if Peter Shoreman, Zoe's boss, has his way, with a little help from the safety inspector.