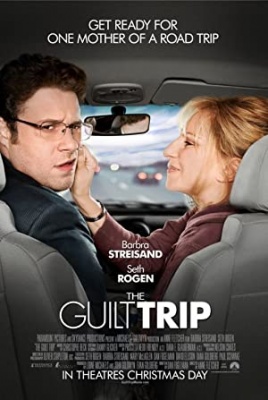 Los Angeles based organic chemist Andrew Brewster has just sunk his life savings into developing and now marketing an environmentally friendly, effective and human safe home cleaning product. Despite these attributes, he is having problems making any sales to distributors and retailers. He has planned a cross country business trip via automobile to make sales pitches to various companies along the way, starting in New York City and ending in Las Vegas. While in New York, Andy plans to stay with his overbearing mother, New Jersey residing Joyce Brewster, with who he has a love/hate relationship and who he does not see very often anymore. He doesn't want to tell her of his sales failures thus far as he knows she will only add more than her two-cents into the matter, which he doesn't want. Joyce's focus of attention is on Andy's single status and what looks to be his stalled romantic life, out of which again he wants her to stay. Widowed when Andy was eight, Joyce has never remarried or dated for that matter, she not wanting to go through the trouble of a critical eye of another person in her life. Andy wishes she would make an effort with men both to make her happy and so that she will focus on her own life instead of his. When Joyce makes a revelation about her past love life to Andy just before he is ready to depart from New Jersey, Andy decides to invite Joyce along on the trip, making a final stop in San Francisco to revisit that past without telling her the reason. Joyce accepts. Through the ups and downs of their trip, Andy and Joyce may come to a better understanding of their relationship, Andy's business failures, and what is needed to move on with their lives as happy, productive people.