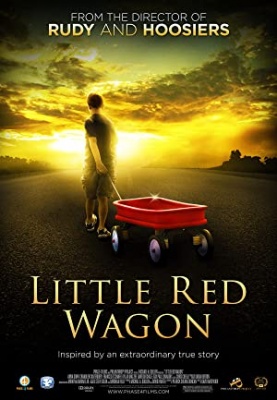 Carrot-topped 8-year-old Zach Bonner lives in Tampa with his realtor mom Laurie and teenage sister Kelley. In 2004, in the wake of Hurricane Charley, Zach uses his beat-up toy wagon to collect water, food and clothing for families left homeless by the storm. Emboldened by his success and the attention he is receiving from the local media, Zach battles bureaucratic hurdles to start his own charity, the Little Red Wagon Foundation, to produce and distribute "Zach Packs", backpacks filled with life's bare essentials, plus a toy. Zach's life intersects with that of newly widowed Margaret Craig and her young son Jim, whose hardships spiral out of control and land them in a series of homeless shelters. Suddenly, Zach gets the idea to walk from Tampa to the state capital, Tallahassee, to bring attention to the plight of homeless youth. His mother is against it; and his sister feels increasingly resentful of Zach and the attention he's getting. Zach's walk begins amid great fanfare: a rousing speech by a state senator, a throng of people who walk the first mile with Zach and his family. But it soon settles into a long slog in the dead of summer. Meanwhile, Margaret and Jim Craig, having finally wound up in a decent shelter, each find hope. Jim is given a "Zach Pack," and his spirits lift when he pulls out a yo-yo, a small gift that, for Jim, means that "Someone out there cares!" Only miles outside of Tallahassee, Zach witnesses his own family falling apart. He is about to complete the final leg of their long journey, but was it worth it?