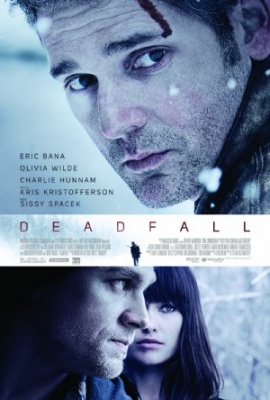 After a heist of a casino, the criminal Addison and his sister Liza are on the run to Canada with their driver/accomplice Theo. Out of the blue, Theo hits a deer and loses control of the car that leaves the road and overturns. Theo dies and Addison kills a patrolman that comes to help them. Then he splits the money with Liza and tells his sister to get a ride to the border while he will cross the woods. Addison leaves a trail of blood in his runaway. Meanwhile, the former boxer Jay, who was arrested for losing a fight, is released from prison on probation and calls his mother June Mills that lives in an isolated house with his estranged father Chet Mills that was the former Sheriff. June invites her son for the Thanksgiving dinner, but he goes first to the gym to collect money that his couch owes him. They quarrel and Jay hits him and believes that has killed him. He flees and while driving on the road, he sees Liza and gives a ride to her. Soon they fall in love with each other. Meanwhile Sheriff Marshall T. Becker is hunting Addison with his men but he does not allow that his daughter, Deputy Hanna to participate in the hunting party. The Thanksgiving will end with all the characters gathering at Chet and June's home.