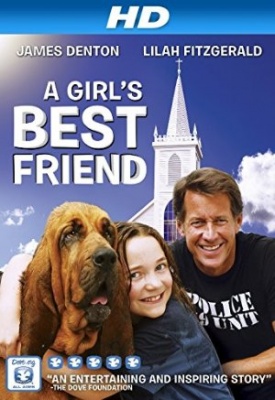 COOPER BRAWN (40s) is a cynical, hard-nosed K-9 cop who spends his days tracking down bad guys and his nights hanging out with his surfer pals. And he wonders why his relationship with his ex-fiancé, SAMANTHA PHILLIPS (30s) didn't work out. Still, he hopes to re-kindle the romance. Samantha is upset at herself for still having feelings for Cooper and makes plans to move away so she can get over him. Then, spunky PENELOPE "POLKA-DOT" DAUGHT (11) enters Cooper's life by inventing a "Cops for Kids" program in which she helps take care of Luey at the Police Kennel. Charmed by the young ragamuffin, Cooper lets Polka-dot work, unaware she would eventually sneak into the kennel late in the evening to bring Luey home. Polka-dot lives with her mom, FRANCES (40s), who is battling a serious illness. To gain courage, Polka-dot identifies with her hero, Huckleberry Finn. After all, Huck was an orphan who navigated a mighty river on his way to a new life. Meanwhile, Frances' health declines to the point where she needs hospitalization. Afraid she will be sent to an orphanage, Polka-dot hides in a closet while the EMT's take Frances to the hospital. When Cooper finally learns the truth about Polka-dot, he confides in Samantha who is charmed by the deeply felt concern Cooper shows as he helps Polka-dot deal with the loss of her mom. What had been a lost relationship between Cooper and Samantha now comes back together as their engagement is re-kindled... and they officially welcome the charming and wonderful Polka-dot into their lives as adoptive parents.