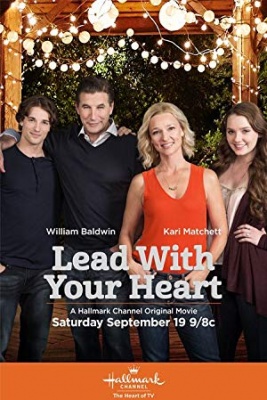 Living in the small town of Campbell, Minnesota, Maura and Ben Walker - a bank manager and a county recreation supervisor respectively, and former high school sweethearts - have two offspring, daughter Lacey who is away at college and son Adam who is just about to head off to college, which would make Maura and Ben empty nesters after he leaves. Outwardly, they are a tight knit family. Although Maura and Ben still love each other, they have always been different personalities with different interests - he a conservative baseball fanatic, she a more adventurous lover of the arts - and are drifting apart in almost every aspect of their lives, neither wanting to acknowledge it but dreading the fact that they won't have Adam as a focus in their lives and as such a buffer between them. They agree that Maura should accept a prestigious temporary six week secondment to the bank's head office in Minneapolis. That temporary position becomes permanent if Maura wants it. While Maura sees it as something she's worked for for her entire career and thus wants them to move to Minneapolis permanently, Ben doesn't like change, and despite being a state employee who can transfer, doesn't want to move to the big city where there are currently no open positions anyway. So they decide to try a long distance relationship - married but apart. Everyone around them, including Lacey and Adam, see their experiment as a train wreck waiting to happen, and the start of the break up of the family. Lacey, who is home from college for the summer, decides to move in with her mom, while Adam stays in Campbell with their dad, each keeping an eye out for their respective parent in making sure the family stays together. They believe that other people are waiting in the wings waiting to pounce on the situation, most specifically Ben's coworker Sienna Halvorson who once vied with Maura for Ben's affections when they were in high school, and Thomas Hardison, the suave divorced bank president who loves the