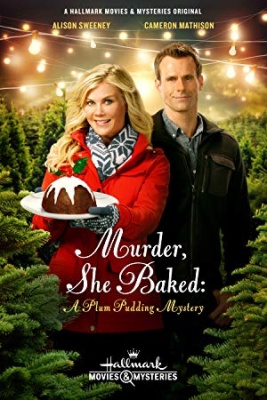 It's one week before Christmas in the small, generally quiet town of Eden Lake, Minnesota. After not pursuing romance for most of her adult life, Hannah Swensen, owner/operator of Hannah's Cookie Jar, a bakery/café, is being wooed by two men, who know about the other in Hannah's life. Hannah likes both a lot, but has not even kissed either. While her mother, Delores Swensen, is pushing her into the arms of dentist Norman Rhodes as the person who will provide her with a stable, comfortable life, her sister, Andrea Todd, is pushing her into the arms of Andrea's deputy sheriff husband Bill Todd's colleague, police detective Mike Kingston, as the more exciting choice. What seems to be becoming a more chronic issue in Hannah's life is that she is the person who finds someone murdered in Eden Lake, this time the victim being one of her customers, Larry Jaeger, co-owner of the Crazy Elf Christmas tree lot with his fiancée, Courtney Miller, the two who got engaged after knowing each other for only six weeks. Larry's murder is only the second such in recent memory in the town, and the second such body Hannah has discovered. Hannah can't help but get involved in the investigation, either by accident or usually more on purpose, which irks both Norman and Mike as putting her life in danger. Mike is additionally bothered that her amateur sleuthing is interfering with his official investigation. At the top of the suspect list is Delores' friend, Nancy Schmidt who is better known in town as radio talk show host on issues of the lovelorn, Dr. Love. Nancy is not Larry's ex-wife as she had implied to Delores, but rather his wife - at least up until his murder - he who she claims not to have seen in ten years as he bilked her out of her money and disappeared without a trace until now. The further Hannah and Mike investigate, the further they find that Larry was generally not a nice person who had many enemies who had motive to want to see him dead. What Hannah may or may not be aware