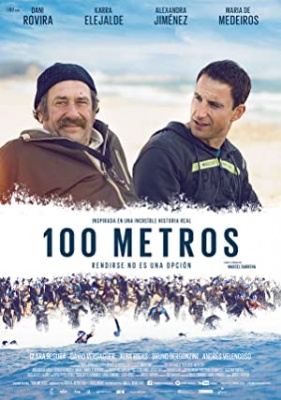 Ramón Arroyo is a man who lives in Bilbao (Basque Country, north to Spain) with his wife Inma working as CEO in an important company with friends and job partners as Mario. But his daily life ends when one day he wakes up to find himself briefly paralyzed, being unable to stand up from the bed. Trying to know what happens, Inma and Ramón go to the hospital, where the revelation couldn't be worse: Ramón is diagnosed with multiple sclerosis, a muscular degeneration that progressively will stop any movement of his body, leaving him in a wheelchair the rest of his life. Starting a treatment in the hospital to minimize the symptoms, where he meets other patients with a more advanced state of the disease, Inma has her own troubles due her father Manolo, who has tried commit suicide in his country house where he lives alone after the death of his wife and Inma's mother. Moving Manolo to the city to live with them, things complicate by the so much bad relation between Ramón and Manolo, causing the frustration and desperation in Inma. But things change the day that Ramón reads in the hospital an info post about an Iron Man competition, a race where the participants must to be 3,8 km (2.3 miles) swimming, 180 km (112 miles) cycling and 42 km (26 miles) running to end it. Determined to win it, Ramón enlists to participate, receiving an unwanted help of Manolo, a former professional athlete in his youth days. Unable to training him in the city, Manolo moves with Ramón to the country house, where Ramón discovers casually that the reason of Manolo's failed try of suicide is his pain by his wife's loss. Meeting a few later the charming Noelia in the beach during a training, Ramón decides deceive Manolo to date her hoping help him. According the Iron Man's date is coming, Ramón looking for the way to prove that the real Iron Man aren't superheroes embodied in a metal suit, but ordinary people ready to fight until the end to defeat their inner evil and show that human being can be e