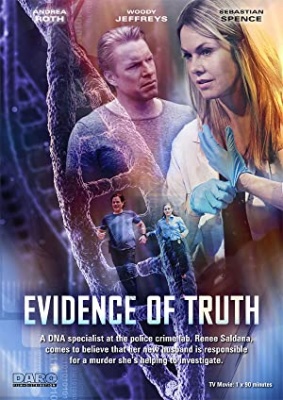 Renee and Jack Murphy, a forensic investigator for the Portland Police Department and a computer systems designer respectively, have been married for six months. Prior to Jack, Renee had seriously dated Detective Kyle Ferguson, with who she still works at the PPD. Kyle admits that he still has feelings for Renee, but respects what she needed to do for her own life in breaking up with him and marrying Jack. Kyle and Jack were also best friends, that friendship which has been strained by Jack and Renee's marriage. Kyle himself is a widower, his wife Holly, who was also an officer at the PPD, having been murdered, with her killer never caught. In the City's latest homicide, that of a young woman, Renee notices some evidence that is remarkably similar to a cold case, the specific case she cannot remember. If there is indeed a connection, that would mean that there is a serial murderer loose in the City. Renee and her forensic colleague Tim Watson uncover more and more forensic evidence, and in combination with what look to be lies and inconsistencies in his life points to Jack perhaps being the killer. Renee has to decide how far to go with the investigation against her husband, who, conversely could be being set up by the real killer if he is indeed innocent.