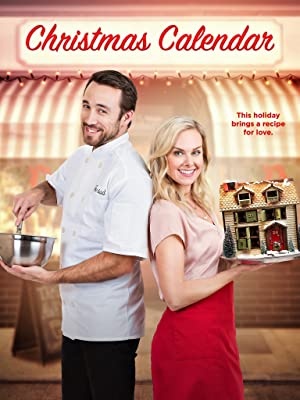 Emily, a lawyer, returned to her small hometown of Nelson Creek four months ago following the death of her Nonna to take over running Nonna's business which she named after her granddaughter: Emily's Bakery. Beyond not seeing Nonna before she passed, Emily is not sad about this new career path as baking has always been a passion ever since Nonna took her into the kitchen at age five, and discovered in making the move back to Nelson Creek that law never really was. This new life in Nelson Creek hits a snag when she learns that Nonna was deep in debt - the massive loan which Emily didn't know was for her law education - and may have to sell some of Nonna's assets, the house where Emily now lives and/or the bakery. The house may be the more prudent item to liquidate with Forge Mart, the chain supermarket located across the street from the bakery, having just opened its own in-house bakery, it the only other made-from-scratch bakery in town as competition to Emily which lessens the market value of her own business. This decision was that of Forge Mart's new cutthroat, win-at-all-cost manager Adele Atmore. Adele has hired Gerard, a suave Frenchman who is classically trained in patisserie, he who does not see Emily as competition but rather baking comrades who can learn from each other. Emily does not view Gerard in quite the same way in the survival of the bakery her focus. Things have the potential to change when on December 1, Emily mysteriously receives an advent calendar from an anonymous giver. When Emily reads the message enclosed in day one of the calendar, Chey, her assistant, can tell by the warmth and love of the message that it is from a secret admirer, and that she should open the calendar and read the enclosed subsequent messages day by day as intended to reveal the identity of the giver, the secret admirer, on December 24. Being made privy to all the subsequent messages and trying to guess the identity of the secret admirer becomes the talk of Nelson Creek.